Fifteen years ago, Element Designs was founded on one united goal: to introduce a sleek, modern style of cabinet doors, already popular in Europe, to the North American marketplace. Beginning with only 5 employees on the roster, today, Element Designs employs 75 brand-loyal workers dedicated to innovative product design and esteemed customer service. 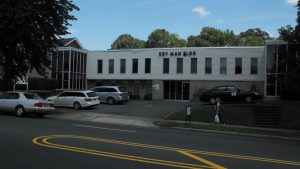 In May 2003, Nelson Wills, Kevin Creedon, Beata Klecha, Heinz Uebersax, and Mike Uebersax created Element Designs. With an initial intent to contract the actual product manufacturing of their doors to outside companies, the company focused primarily on sales and marketing. After a year-long search to find a reliable partner that could consistently supply highly flexible, custom products made to their exacting standards, the team made the decision to bring the manufacturing in-house instead. So, in 2004, they began production of their own aluminum door designs. This decisive move provided superior product control, more rapid testing of prototypes, flexibility to make changes when necessary, and quicker to market lead times.

A Star is Born 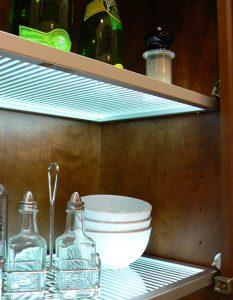 In 2007, Element Designs invented their °eluma LED shelving. °eluma LED shelving features a patented illuminated panel encased within a specialty designed aluminum frame that can be custom built to fit any interior design or space parameters. Within one year of its invention, the innovative °eluma product line took home two coveted awards, winning the 2008 “Most Innovative New Retail Product” at Globalshop and “Best New Kitchen Product” at KBIS.

After their high gloss solid surface PARAPAN® doors earned the Gold Award for “Best New Kitchen Product” at KBIS 2009, Element Designs added other elements to their innovative lineup. In June 2010, they began manufacturing aluminum frame base systems, followed by the rollout of their in-house backpainted glass operations in September of 2013. This product line growth necessitated more space, and as Element Designs continued to disrupt the architectural casework industry and home, commercial, and hospitality markets, the company completed its fifth and final expansion of their Charlotte, North Carolina plant in August 2014. 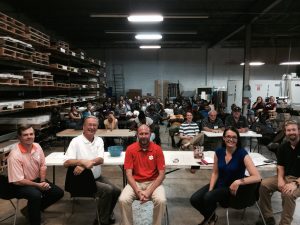 Every company must continue to evolve to stay relevant, competitive, and successful. At Element Designs, their motivation to succeed relies on evolution. To remain current with consumer trends, in January 2015, Element Designs launched an online sample store featuring a full range of samples to facilitate design and purchasing decisions. This enterprise evolved into the company launching elementONLINE, their online ordering portal, two years later. Also, in December of 2015, Mike Uebersax assumed the position of CEO when Heinz Uebersax stepped into his new role as Element Designs’ Chairman of the Board. Further, united in a partnership that has lasted for nearly a decade, Element Designs is proud to be a three-time recipient of California Closets’ “Product Vendor of the Year” award, most recently at the storage/organization giant’s national convention held in March 2018. In May, just two short months later, the company introduced their new aluminum specialty coating capabilities, followed by the debut of their Shelving Systems program in October.

From Then to Now: Future Success is on the Horizon 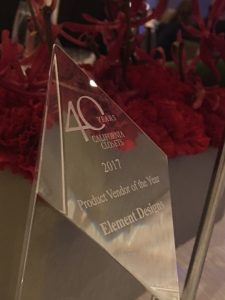 Synonymous with innovation in the kitchen and bath, commercial, and hospitality industries, Element Designs is celebrating 15 years of ingenuity, evolution, and disruption as the leading custom manufacturer of architectural casework components in North America. From 5 employees in 2003 to 75 employees in 2018, their drive to produce high-quality, American-made products through sustainable manufacturing processes and practices, in conjunction with unparalleled customer service, has propelled Element Designs to the top of their industry. With an incredible team of committed employees and the integration of newer, more efficient technologies, Element Designs is looking forward to continued innovation and success over the next 15 years and beyond.